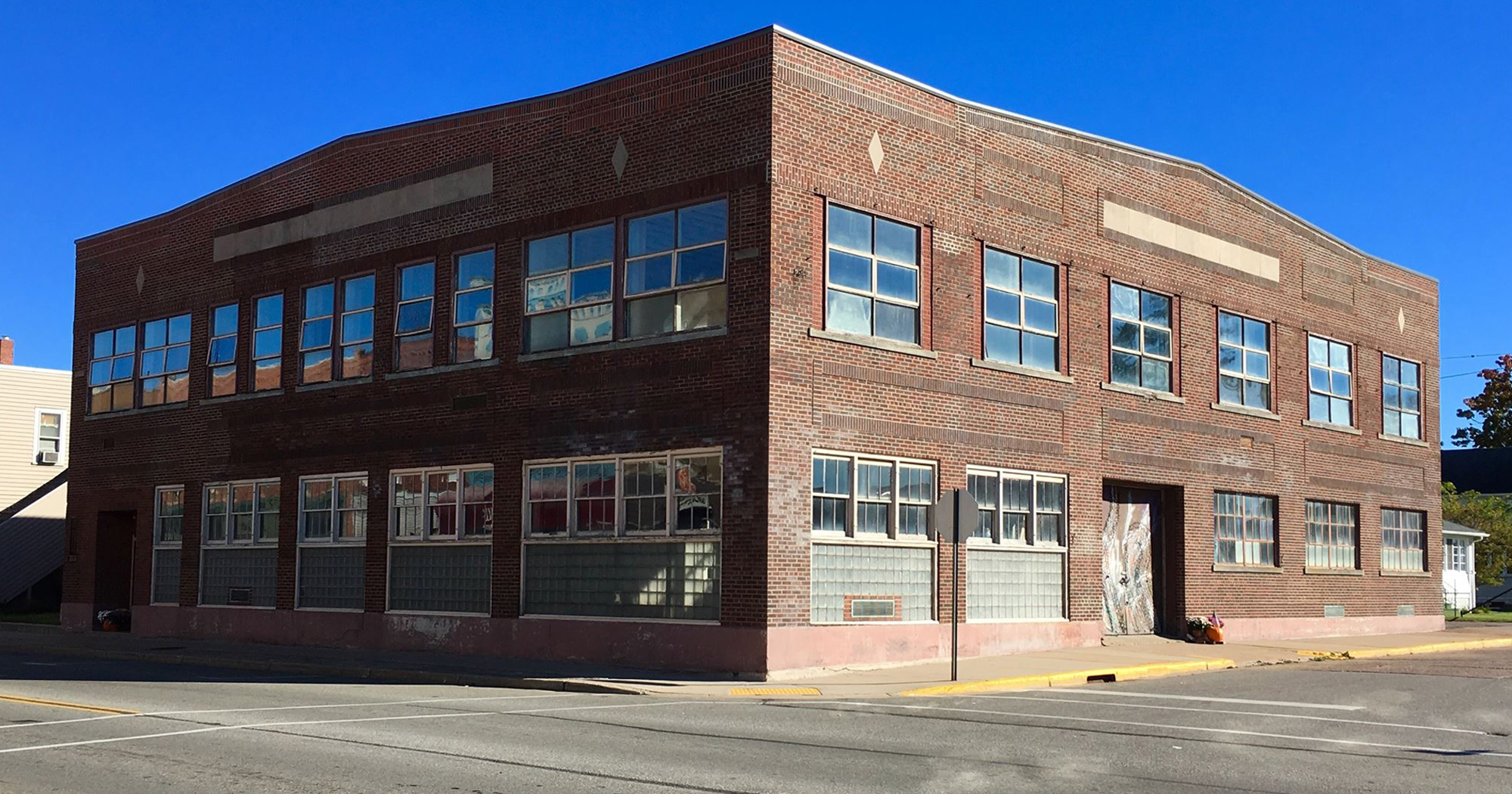 Posted at 15:17h in Development by invtech
0 Likes
Share

I am doing this backwards, I know.

Winds Paradox found a perfect location for its headquarters in a classic ninety year old brick building with a history as vibrant as its structure,  including time as an automobile dealership, an armory / fallout shelter, a manufacturing and storage facility for a furrier, and as the city’s technical school in the 1950’s and 1960’s.  This building, named  ‘Matthias’ , is being developed for a Main Street level commercial space and a second floor art gallery designed to facilitate gatherings of many sizes.  The 1920’s built, a very classic and clean industrial style, begs to have art, food and people inside! It is the kind of building you want to perch inside, beside Main Street, behind the brand new, old-fashion sized windows to just take a breath while watching the world go by.  (I know because I have done it many times!)

Winds Paradox wishes to share its handsome, one-of-a-kind building by opening its doors at 419 West Main Street in Merrill, Wisconsin and, by opening its doors here, at windsparadox.com.  Development is a fascinating, fun time in a company, full of perils, mistakes, successes, close calls, and most significantly, really fine-tuning the blend which most accurately fulfills the company’s mission.  Infinite learning!

In Spring of 2017 the building underwent tuckpointing of the street side masonry as well as concrete sill repair on three sides of the building.  The bricks on the east wall, facing Matthias’ spare lot, were evened, scraped and tuckpointed.   The exterior foundation was prepped, patched and repainted along with the transom above the Main Street door just prior to Labor Day 2017.  (I wanted Matthias to look ‘dapper’ for the city’s parade!)  The exterior of the building is now complete.  (Well, I would like to varnish the twelve inch boards which have trimmed the garage doors for most of its years!)  Interior work began in late spring 2017 with the demolition of the interior second floor walls.

The first phase of the interior renovation will include the removal of the demolished second floor walls, then the finishing work of the space on the Main Street level.  The recent discovery of the commercial water and sewer lines, which were replaced in 2005 and 2006, accelerates this process.  While planning the interior work, I find a joyful energy release in the creation of light displays which I know will not be possible once the commercial space is developed.  It was a habit right from the start with Matthias as I toyed with solar and battery lights until electricity was installed.  Then I ran rampant with painting and lighting the old garage doors for the seasons. 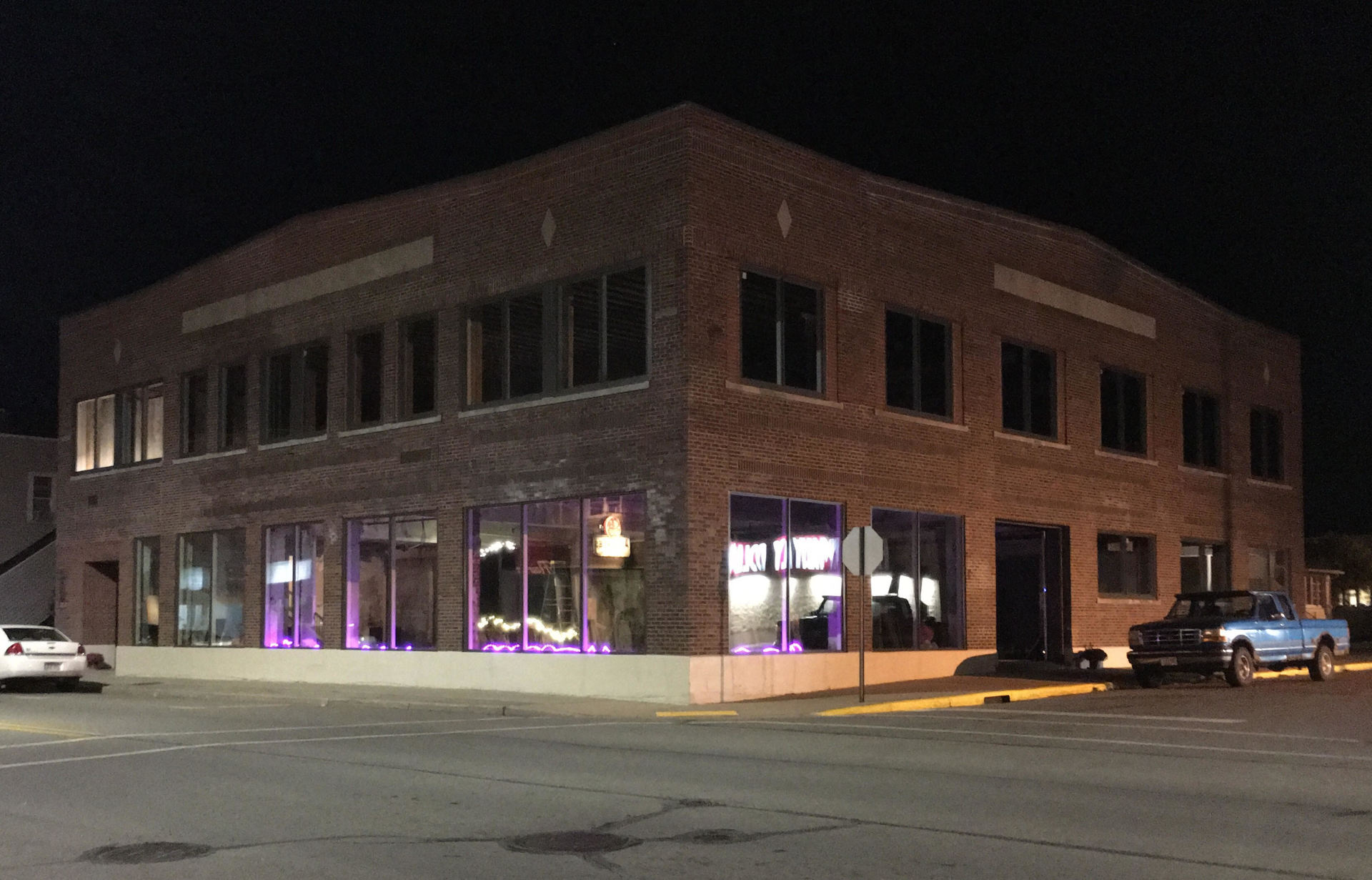 Please, I urge you to visit here often for the most recent news and, as 2018 comes upon us, please put a visit to Winds Paradox physical location, the Matthias Building at 419 West Main Street, Merrill, Wisconsin, on your calendar!