The Gallery and Gatherings at the Matthias Building 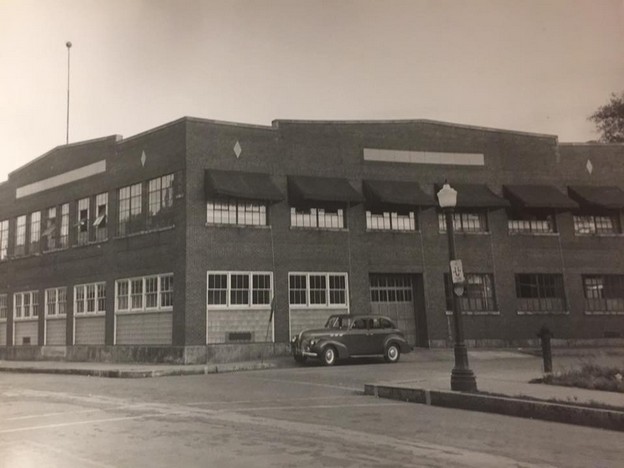 The Matthias building was designed and erected in 1923 for the Aronson automobile dealership and repair shop. The photo is the earliest of which I know. Please note the exterior details such as the wooden sidewalks, the gas pump, and the carriage style garage door. Inside, the building’s floors are constructed with nine to ten inches of concrete between floors and the basement.

During World War II, the city of Merrill purchased the building to put it to use as the city’s armory and fallout shelter. The Fromm Brothers, a local fox farm, purchased the building from the city to move its production and storage facilities from New York to Merrill. Please note the exterior details such as the canopies and the glass blocked windows. The Merrill Historical Society recounts the story of Miss Jayne Mansfield, a movie star of the forties and fifties, who chose her furs for her coats here at the Matthias building.

The city of Merrill repurchased the building to be used as the Merrill Vocational Technical School. I was elated to hear the stories of 1960’s upholstery classes, typing classes, art classes, small engine repair classes and even the experiences of shooting practices in the building’s basement. Imagine my surprise when I found out – many years later – that my father painted here, at the Merrill Area Art Association meetings!

In these past five years of active renovation, Matthias represented to me the power of purpose, integrity, dreams, and faith. And, grit. From early on – as I scraped window sills late at night or sealed window openings throughout the nights – I would remember the workmanship of those masons from the 1920’s who had built it. Their work from ninety plus years ago had lasted through storms and decades to arrive at the twenty-first century. That part of the building’s history grabbed ahold of me. The building had never been named. Never had a name inscribed upon its nameplate. ‘Matthias’. I counted the cement blocks of the plate’s facing. “Matthias,” the “Lucky One,” was named aptly after the patron saint of carpenters. 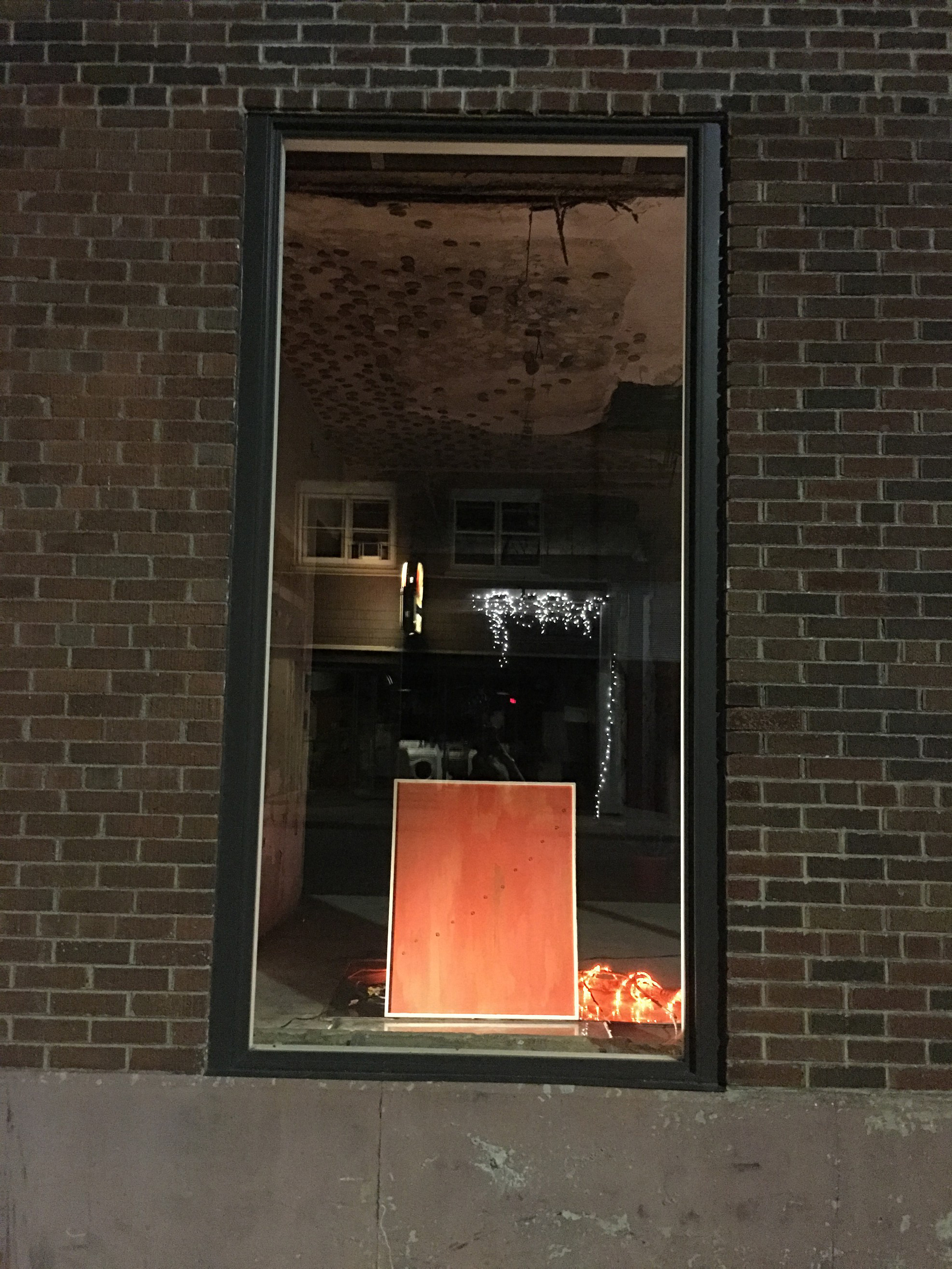 This spirited, historic building needs to be shared with its community. Throughout the renovation process, engineers, contractors, vendors, family and friends would remark on its incredible energy and atmosphere. These energies of art, history, architecture and business have fueled this renovation process as well as my own professional and personal change.

The story of the renovation remains as another miraculous tale surrounding Matthias. The city of Merrill had purchased the building in 2013, then resold it to a local excavation company with the provision of its demolition. But the following winter’s snowfalls caused structural damages to a number of Merrill buildings. The snows stalled the ongoing demolition of the downtown Lincoln House Hotel building. The excavation company was too busy to tear down a building which was still standing. That same excavation company also agreed to meet with a certain lady who had always loved the building, wanted to see inside it and had a fifteen year old dream plan to fulfill. Fifteen years ago I recounted that dream aloud to friends, telling them the building was perfect for an art gallery.

Winds Paradox is working with KYE Studios in the architectural plans for development of its galleries and gathering spaces at the Matthias Building.